B Company HQ at Camp Schmidt during Dry Season

Using scrounged and traded material, ​B Co built their own EM Club to avoid fights with Transportation and QM soldiers. The CO's driver, a carpenter, took charge of construction. 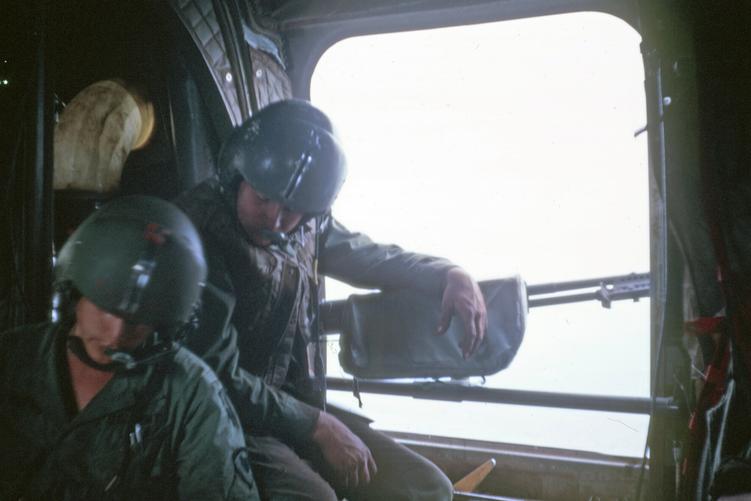 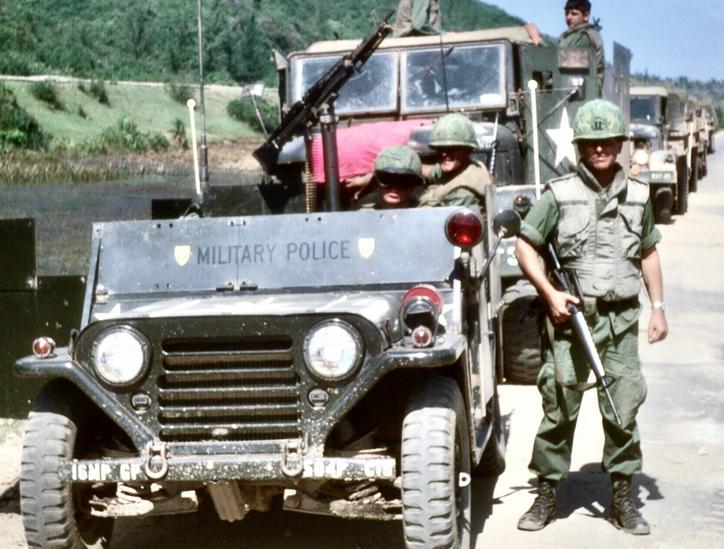 The "Grand Bungalow," HQ Building of the MACV Compound

C Company MP vehicle which hit a land mine. The jeep was armored and sandbagged at the time. A folded flak jacket behind the driver saved him from serious injury. All three MPs in the vehicle were thrown out from the blast.

Riding in a Chopper

Photos of Battalion HQ and Company C in Qui Nhon

Photos from Dec. 19-24, 1967. C Company and HQ Company were involved in convoying the new 11th Inf. Brigade from its landing in Qui Nhon north on Hwy. 1 to Duc Pho.  "Hanoi Hanna"  announced that the convoy would be destroyed. It wasn't--heavy air cover was provided.

Around the Qui Nhon Area 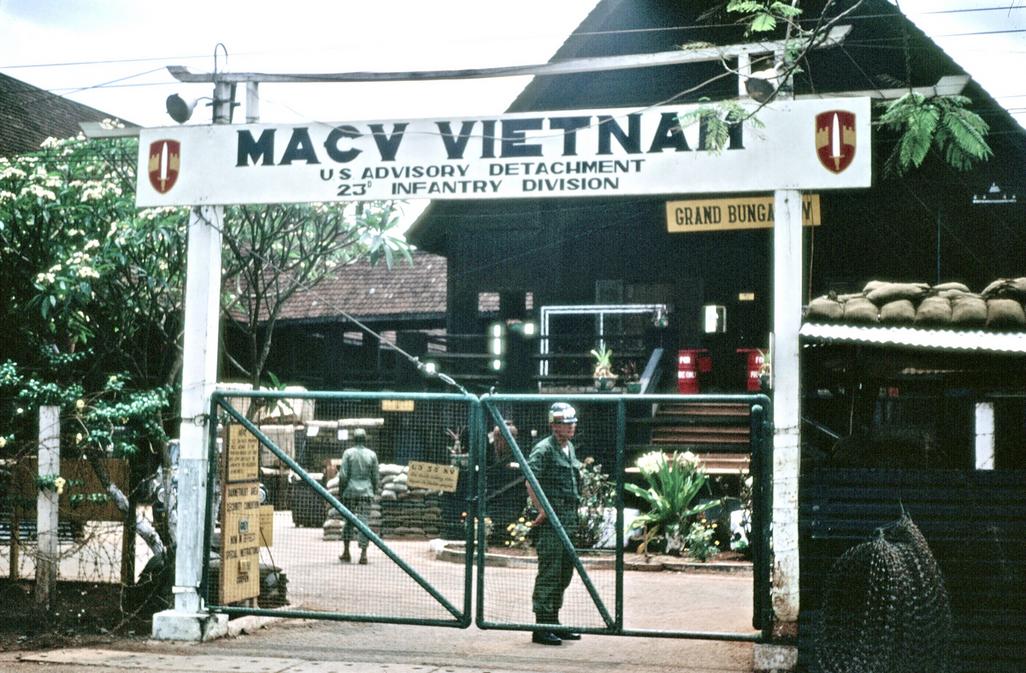 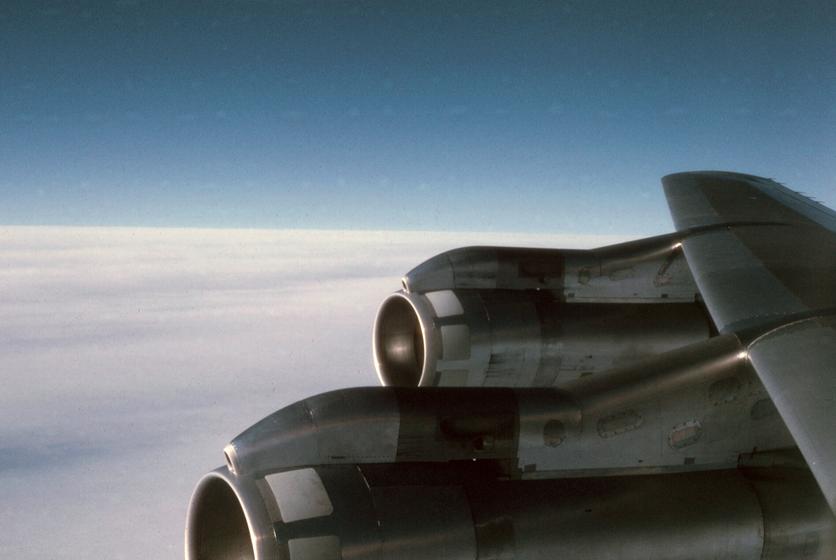 Around B Company Area in Pleiku 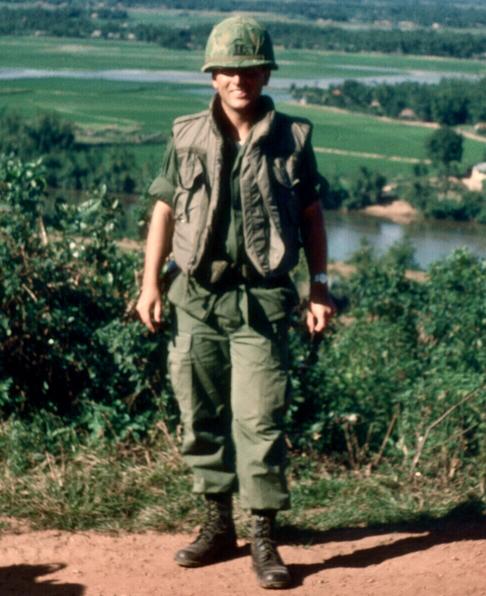 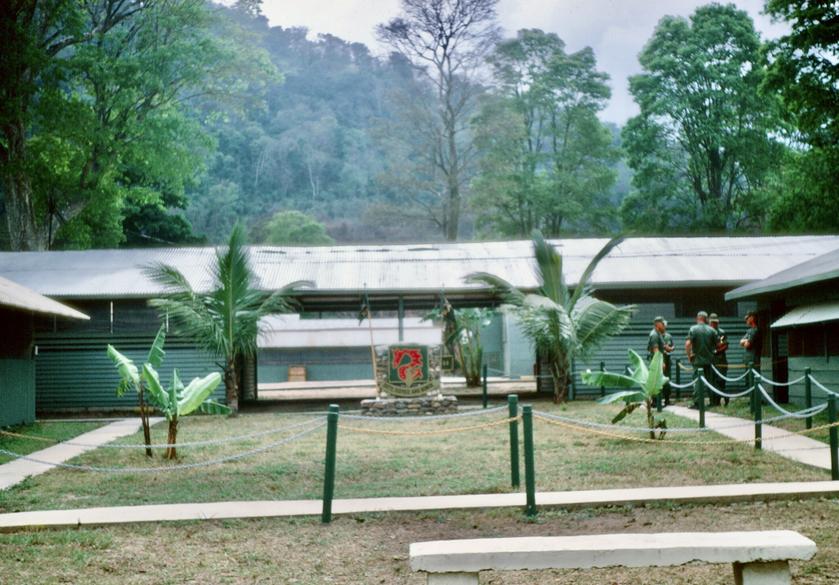 Flying fast and low in a Huey from Pleiku to Kontum